Must Add Films to Your 31 Days of Halloween Playlist! 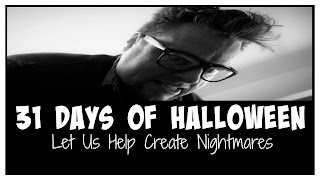 31 Days of Halloween is officially underway! It's that time of the year again and everyone is in the mood for frights, scares and enjoys the blood and gore a little more. There is something about the Fall air that makes this the most wonderful time of the year. The breeze, the turning of leaves, the smell of pumpkin spice and more importantly, the scary movies.

I wanted to toss my hat into the ring for films to add to your #31DaysofHalloween watchlist. I've complied some of our films, that are FREE on Youtube and you can watch them NOW! 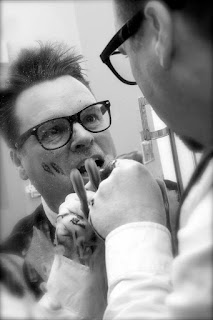 The 1st on our list is our multi award winning film, baggage. Baggage was a great film to work on and was, honestly, my homage to Alfred Hitchcock. I wanted to create the feeling of reliving an episode of The Twilight Zone.

The story follows Benjamin. On the outside, Benjamin seems normal. He heads to work, comes home to his significant other and tries to blend in with the rest of society. Is he hiding something? What is normal? What is Benjamin's personal baggage?

This film was directed by Jeremiah Kipp and was filmed in Long Branch, New Jersey. This film has been screened all over the world and won several awards - Best Short Film, Best Actor, Best Director and Villain of 2014 to name a few. Take a few minutes and check out this short. 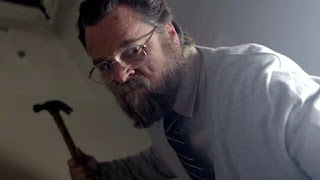 Up next is the hyper surreal film, Rabbit Hole. Described as a blend of the classic Wizard of Oz and the iconic Texas Chainsaw Massacre, this tale is something straight out of a drug induced dream. Rabbit Hole, while a metaphor to many, can take on a very real meaning to others. Dottie awakens to find her daughter is missing, her panic and worst nightmares are brought to reality.


An ongoing pace of dread and questions close in, over your shoulder with nothing but uncertainty and nervousness as each minute passes. This is our VHS edit, designed to create the feeling this could be found in anyones attic, with a "taped from late night TV" feel.

Last but not least, our last recommendation is the film that started it all for us, No Clowning Around. In reality, I was struggling with real life depression. This was a way for me to express my thoughts and what I was going through, emotionally. My feeling of being lost. When you watch this, know that Mumbles the Clown, is me. I look at this as a sad story, a story that is so personal but many look at Mumbles as a hero. I appreciate that. I hope you enjoy!

Posted by Rob Dimension at 7:05 AM