To stand up or sit down. 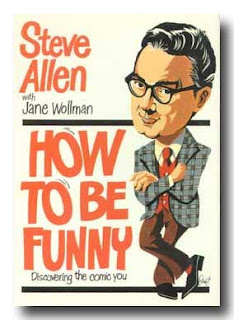 Well, here we are again...the internal debate that has been going back and forth in my head since I was nine years old. Stand Up Comedy. Imagine this; a nine year old kid reading a Steve Allen book, titled How to Be Funny. I had hopes and dreams of being the next Rodney Dangerfield, as I sat watching HBO comedy specials and the Gong Show. Obviously, after all that...I'm still wondering how to be funny.

Let's jump ahead to 2011-2012, the dream almost became a reality. Open mic's had become a very real option and I was actually being requested to come to a few. I had several comedians offering to mentor me, show me the ropes and go over my material. So, what happened? Honestly, life happened. I had personal problems at home, was struggling with who or what I was and just wasn't coping well. This should've been great material, instead, I just backed off and went a different direction. I turned to filmmaking.


Filmmaking ended up becoming a blessing in disguise. I found a voice and a happiness that I had never really thought possible. I was able to have an outlet and express emotions and touch on deep hidden horror that was within me. I love horror and this was a dream to achieve, for sure. Besides comedy, I grew up a monster kid. For me, depression and horror went hand and hand. They were a couple. When I was miserable, I wrote about loss, I jotted down people who lived behind closed doors with terrible secrets. Then, the sun began to shine.... 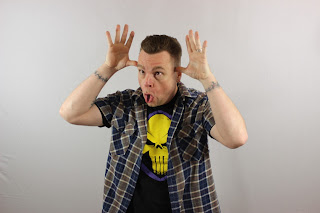 The clouds split and the days were filled with happiness. Sounds corny, Right? It's true. I broke through the depression and found out who I was again. I still struggle day to day but I do feel better. I won't ever recover 100% but I'll do my best to keep my sanity in check.

Three months ago, I finally pulled the trigger and got started on youtube. I started to post videos about what made me happy and then I started to think about developing some characters that bounced around in my head. I started to write and work on weird shit that might make me laugh or that I would watch. Sure, I know I'm not normal, but this was where my head was leaning towards. So, I'm doing a form of improv and comedy. I'm creating content that hopefully makes you laugh a little, between Acting with Andy and Petey Panda, its all a work in progress. More characters are coming, so be patient.

Lately, I have been thinking about a possible live stage show or even performing stand up comedy. The debating, within my head, along with the voices have begun. At age 45 3/4, do I bother learning another craft that will, no doubt, be tough? Throughout my life, I've been fortunate to have some success in a few things..obviously success is different for everyone. For me, its simple, just don't suck.

The live stage show is a possibility. Stand up is possible. I guess I will wait and see where Youtube takes me. Thanks for reading.
Posted by Rob Dimension at 2:00 AM