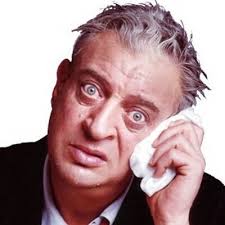 This past week has been filled with a lot of memories of years past. Back in the late 80's, my family had HBO. World famous funny man, Rodney Dangerfield hosted a show that introduced America to some of the best comedians on the planet. I remember parking myself down in front of the ole' boob tube and watching, laughing and learning comedy from "up and comers". Sure, these "new, fresh faces" we actually masters of the art, that were gaining national exposure.

This is where I found Andrew Dice Clay, Sam Kinison, Bob Saget and a few others. I also remember finding Howie Mandel on HBO too. I actually saw Howie in Atlantic City in 1987. He was fantastic. Well, this brings me to today's point of rediscovering the comedians of the 80's. While some may have fallen out of sight, that doesn't mean they ever stopped working. 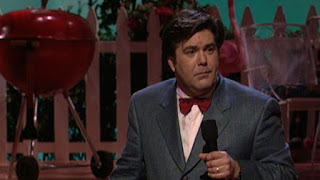 While walking with Kim through our hometown, we saw an advertisement for a comedy show, this is where I give a "OMG" moment. I see a sign for Kevin Meaney...KEVIN MEANEY in my hometown!!! I am instantly brought back to the late 80's of watching Kevin's stand up routine of "Big Pants people", him parading around on stage, singing"I don't care" and saying a catch phrase I've muttered for years, "That's not right". I race home to look up info about tickets and instantly purchase tickets. Sure, I haven't watched any of Kevin's routines in years but in today's world, I looked around on youtube and sat back, laughed and was brought back to 1987.

So, in a few weeks, Kim and I will walk 2 block, head to our local theater and enjoy the comedy stylings of Kevin Meaney. Now...this would've been a great story had this been the end..but guess what? Its not!! 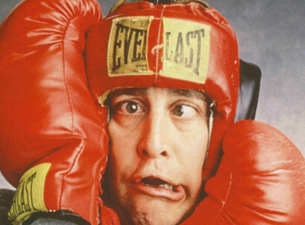 Yesterday, sniffing around online (sounds very detective-like) I discover another comedian from the 80's that absolutely, captivated me, named Bob Nelson. His characters Eppy Epperman and Jiffy Jeff, the prize fighter (who fought 6 times and lost 11) were classics in my household growing up. A few clicks on youtube and then a quick search discovered that Bob will be in my area in Oct. Again, I literally freak out and shout to Kim, "You believe this!! Bob Nelson is gonna be around here in October!!" Sure, it took her a few minutes of me acting out Bob's routine to remember who Bob was, but then she laughed and remembered. Again, after a few clicks, we grab tickets to see Bob in October. I'm not sure why these comedians have found their way back into my life, brain..whatever...but I am so glad they did. Call it nostalgia or a trip down memory lane, I call it still funny after all these years. Do some searching and maybe, just maybe, you'll find a reason to smile and laugh. Enjoy your day.

Posted by Rob Dimension at 5:10 AM