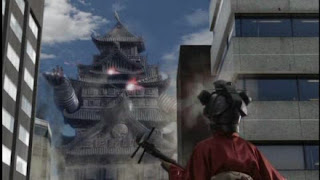 As of late, I've dove back into some wacky Asian cinema, especially the over the top, crazy, gory stuff that was out a few years ago. My taste and viewing habits are always changing and I never seem to be cookie cutter, by any means. I usually try a bit of everything and this week, well, this was no different.


I few days before Monster-Mania I dug around my collection and rediscovered the film that seemed to start the trend of the Asian splatter gore with high levels of unbelievability  (at least for me) - The Machine Girl. I remember buying The Machine Girl and instantly needing to see more. This stemmed an entire landslide of watching the bizarre and it was like we were off to the races. BTW...Tokyo Gore Police is  just so much fun. Yes, I know films like Ichi The Killer have been around longer, but this restarted my love for these film types. 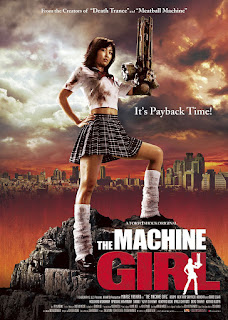 * Please note, this is not a review of any of these films. I want to create awareness that other things exist than the stuff in theaters.

While everyone else is out running to go see Fantastic Four, I seem to be more happy watching crazy Japanese movies that evil scientists are trying to rule the world. Keep in mind, this is the craziness that I'm watching as I write our new script.

Plus, I watched, what might be one of my favorite films in a Sentai series (think Power Rangers, but better) Heisei Rider vs Showa Rider - Kamen Rider Wars. I actually can't wait to rewatch this one. So much craziness, so many fights and just great action. If you can find it, then check it out. 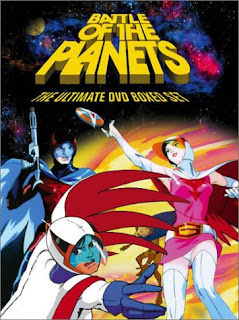 Also upon returning from Monster-Mania, I've been watching the Battle of there Planets series at night. The original series was Gatchaman, but this was the US version of that series that was voiced by Casey Kasem plus they added some elements to relate to Star Wars. I can remember watching this on TBS as a kid, whenever I could find it on. I absolutely love this series and I'm so ecstatic to relive my childhood as I devulge back in time to watch G-Force.

As for this week? Who knows yet. I know I have the live action Death Note sitting here as well as hoping to revisit Suicide Club plus the Ju-On series. Anyways...enjoy the films and step outside the box.