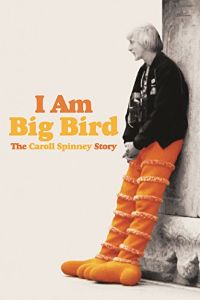 Hey gang, checking in with another week of what the hell I'm watching. This week, I mixed things up a bit more, ventured to a touching documentary, consumed more Japanese programing and watched some extras...so lets get to the list!


First, last weekend was filled with a variety of movies...while other films stood out for various reasons, this one absolutely added a lump in my throat and a tear to my eye. As a kid, like most, I loved Sesame Street. I grew up in the 70's and for me, with limited programing on television, Sesame Street gave me a glimpse of community, taught me a few things and showed me about the diversity of friends you'll make in life. Sadly, I never made a friend like Oscar the grouch or Big Bird but I truly loved this show, so when I had heard about I Am Big Bird, the Caroll Spinney, it was an opportunity to revisit an old friend.


This is a very straight forward documentary, highlighting his career and working relationships. Like a lot of entertainers, this also shows how hard it was for the, now 81 year old, to be on the road without his family. Very touching, heartfelt and completely glad I took the time to watch this film. I know I tend to be more horror based, but let's get it straight, I'm a Sesame Street kid. Highly recommended and worth the time. 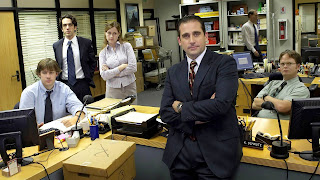 I'm sure I've talked about it before but The Office, the American series, is my top favorite show of all time. Yes, Roseanne and Seinfeld are close but nothing compares to Steve Carell and company. It's clever, fun and has multi levels of comedy, plus some real heart. Anyways, for the past year and a half, it's safe to say that The Office, streaming on Netflix even though I own the entire series, has been on each and every night more that 98% of the time. This past week, I found myself watching seasons 1-5 again. I can't tell you how many times I've watched this series....if you ask Kim, entirely too many. The humor is exactly what I love and the writing teams are extremely solid. So, on most nights, I am laying in bed hoping to drift off to slumberland while watching Michael Scott and his adventures. My favorite episode is probably "The Dinner Party" in case you were wondering.

Last weekend, Kim and I also started to revisit the Gamera trilogy, with Gamera Guardian of the Universe and Gamera 2, Advent to Legion. We had watched Gamera 3 prior but I must confess, the Gamera suit in Gamera 3 might be my favorite kaiju suit at the moment. He's a complete bad ass.

Atlantic Rim (Hulu) - an Asylum rip off of Pacific Rim, but honestly not too bad. These SyFy movies are hit or miss, this wasn't bad.

Tetsuo The Iron Man - if you've never seen this...do it.

Machine GirlLite - Last week I purchased the Machine Girl, 3 disc Steelbook edition dvd set and this week I watched the other two discs. Machine Girlite was a short equal of sorts, also know as Shyness Machine Girl, that was completely crazy. The "making of" feature was also educational, at least for me and I love seeing how people get things to work. Highly recommended.

Ultraman Saga movie - not great but still had some fun with it.


Favorite film of the week:

So much fun..not just the movie but the entire disc. Released in 2013, I grabbed this a few weeks ago at Monster-Mania and absolutely loved it. Sure, one could say that the Ultraman series has definitely shifted into the Star Wars mode where its all based around toys but I almost didn't care. I had so much fun watching this one. Not only was Ginga awesome, but Jean-Nine was great! Awesome design!!


The disc also had Mega-Monster Rush: Ultra Frontier Dino-Tank Hunting and a behind the scenes feature that was hosted by the toys...it was a blast. I will probably rewatch this again soon. AA+++ for me folks.


Well, there you have it, thats what bI watched this week. Hope you guys are able to watch a few of these and enjoy just being a fan of film...after all, thats what its all about. Enjoy the weekend!!
Posted by Rob Dimension at 7:47 AM