Movies You Should Watch - Zeiram

Movies You Should Watch - Zeiram 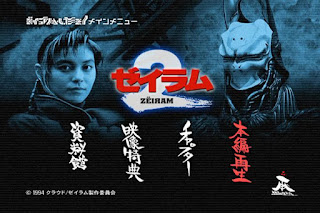 So lately I've been enjoying re-watching or discovering some great Japanese cinema, usually of the over the top gory with some insane action, but still too me, great cinema. I stumbled across the Zeiram series in 1999 and instantly became a fan.

The action, the story, the characters and Yuko Moriyama. I'd be lying if I didn't mention how much of a crush I have on Yuko. She plays a very confident alien bounty hunter who has come to Earth to do battle with the indestructible Zeiram creature. 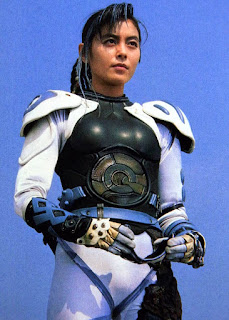 The story telling in both, parts 1 and 2, are really superb. Great action plus what an amazing soundtrack. The original even spawned an anime prequel titled Iria: Zeiram The Animation. I encourage people to step outside the comfort zone and give something like these films a try. I always liken this to a Terminator style film, but with some ridiculous creatures. Of course you get some "accidental" problems when people show up, communications don't work or things get a bit weird (especially when things pop from Zeiram's chest), but I can't help but enjoy the fun I have when watching these.


Both movies are available on 1 dvd set on Amazon and worth the $13 price tag. Hey, people complain Hollywood is out of ideas right? You're tired that Hollywood is so blah...well, here is an option.

Posted by Rob Dimension at 7:40 AM