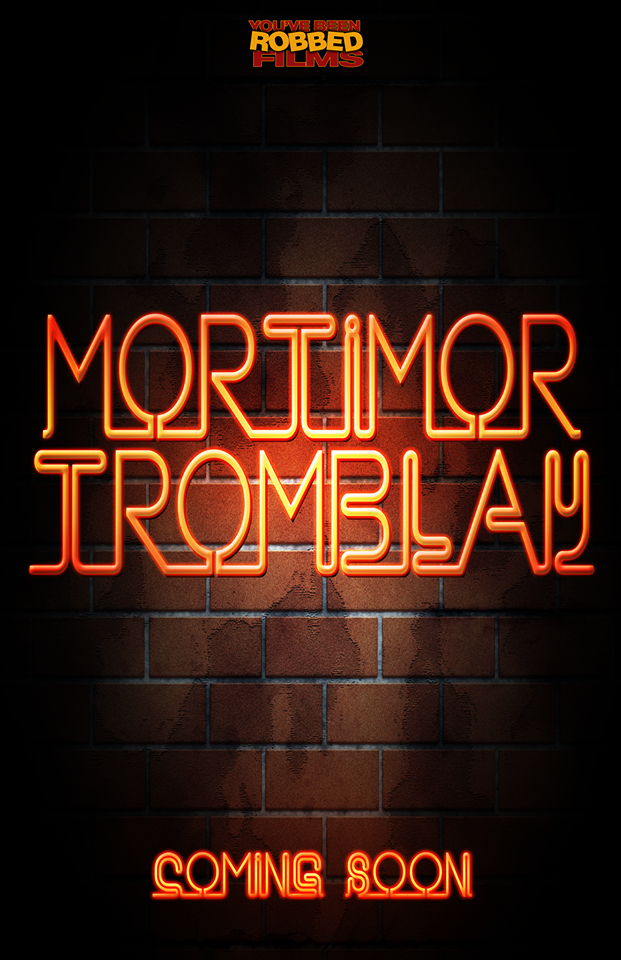 This is the newest short film project we are working on titled: Mortimor Tromblay. Below is some info and the perks to be involved with preordering the Mortimer project.


Once again, Rob Dimension (Rabbit Hole, baggage & No Clowning Around) is joined by Matt Barnes (Boob Tube & The Journey) and Mike O'Mahony (Rabbit Hole, Dark Place Inside) are all excited to bring this one to light.


This film is definitely an experimental film project for all involved and is unlike anything else we've ever done before. It will take you on a trip and might make you question your own sanity...or the sanity of those involved. Estimated delivery is August 2015.


Mortimor Tromblay is a dark comedy that follows what happens before Mortimor performs his stand up routine. Witness this truly unique night in one man's life.

Posted by Rob Dimension at 7:47 AM