The point of a fan page is to reach your fans and let them know what you're up to, right? Well, in a pay to play move by Facebook, unless you cough up some coinage, you aren't reaching anyone. In what used to be a great way to stay in touch with "fans" or followers, has now become a ghost town.

Let's face facts, Facebook is a business so like all businesses, they need to profit from what we do. In order to make money, Facebook's powers that be, have instituted making the Facebook pages a method that is more of an ad service. Fan pages used to reach most on your timeline based on the early algorithm, but now, with the current plan, you must pay to reach those same followers.

I used to be able to reach almost all, based on their stats on reach and views...recently, the reach has become less than 10%, which is sad and makes this form of staying connected worthless. Some of us, had seen the writing on the wall a while ago and started to utilize other forms of social media to help build an audience.

Now, here is a video that quite honestly is titled "What's wrong with Facebook"...simple enough. Give this 7 minutes of your time if you're serious about reaching those you want to reach. 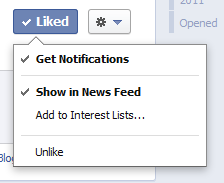 Best of luck trying to remain in touch with any type of audience on Facebook. In what used to be a great platform, now seems like a waste of time.

Posted by Rob Dimension at 6:36 AM