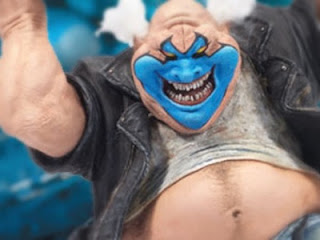 Back in the mid 90's I was big into the toy market. It was booming, I was a profitable toy seller. More importantly, I was a collector and loving it!!  It was the best time to hunt for your favorite Star Wars, Transformers, GI Joe and Spawn were in toy stores and at local toy shows around the country.

Todd McFarlane had little notoriety before he unleashed hell upon the toy and comic world. A writer and artist had an idea that would change the toy collecting, marketing and manufacturing world, forever. Tying an independent comic label to a highly successful juggernaut toy line, Television series and blockbuster movie.

McFarlane had brought his Spawn comic book characters to life for all of the world to witness. Spawn, our anti-hero...the Clown, the evil henchman of the Devil named Malebolgia became household names. They were bigger and badder than the other toys. The characters were based on hell...they were evil and stores like Kaybee Toys started carrying them! They had playlets including Spawn Alley, the Spawn Air Cycle and the Spawn Mobile (like a dragster). They started out as an underground movement under the banner of Todd's Toys before it was McFarlane Toys, selectively carried by only a small amount of comic shops. 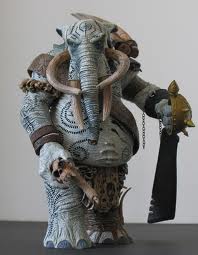 Everything was different about these toys. They ranged in size, had amazing details but not just the figures..the clamshell packaging changed the way figures were packaged. The box art on the larger two pack were colorful and screamed "Buy me!" They came in all shapes and sizes. It was an easy sell and I believe that Todd single handedly reignited the collecting movement and made toy collecting cool. Countless wanna be's and look a like action figures came along soon after. Some were winners like Moore Action Collectibles and their Lady Death line, yet lower quality figures like Warrior Nun Areala just clogged the pegs at comic shops. Us nerds were flying high and thinking awful thoughts about the lusty, sexy female 7 inches of plastic in our grubby little hands.

What happened next is also a result of Todd McFarlane...as fast as the market became on fire...it burst into a fiery ball, crashing and burning and our money was gone along with it.

(Granted..this is only my opinion and the way it looked like from my point of view)

Todd was great at introducing the "chase" figure or the "exclusive" and this was where the problems started. I mentioned Warrior Nun for instance, they released TONS of variants from a Leather Jacket to alternate paint schemes all claiming more collectibility and rareness than the last. McFarlane launched his line to mainstream stores like Kaybee Toys and exposed the general public to the variant Gold version, which were awful by the way...but they garnered a lot of "put away for my kids college fund" attention and the prices inflated to HUGE amounts. Star Wars got into the action by releasing the Theater Jedi Luke figure along with the rerelease of the Trilogy. (These are particularly tough to find in mint shape, as they were given out at theaters prior to seeing the movie, so it had to survive a 2 hour flick). All companies that had a license for a toy line, was churning out whatever "rare" toy they could. 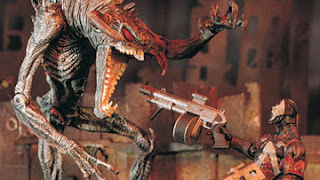 I can share a story - when the Spawn film hit theaters, the action figure line that accompanied the release were so hot. We were vending at a show in Nevada and Kim and I couldn't get the toys out of the cases fast enough. For a mall show, we grabbed about $3,000 back in 97. These were insane times and the height of the market.

Because everyone jumped on the variants and exclusive market, the toy market eventually, crashed. We nerds only have so much money. Scalping these toys (similar to what happened to Beanie Babies) resulted in most of these toys losing some to all of their value. The birth of eBay no longer allowed for figures to be "rare"..if you had a computer, you could get the figure. McFarlane had a Collectors Club still working hard to make those most wanted figures only available to select outlets. As the internet grew, the toy market did not. Sure there are still some rare variants out there that go for top dollars but most as just dust collectors. But think about this...should a toy, mint in mint package sell for less than it retailed for after nearly 20 years? I guess for those who are late to collecting, that's a good thing. For me, I miss the hunt. 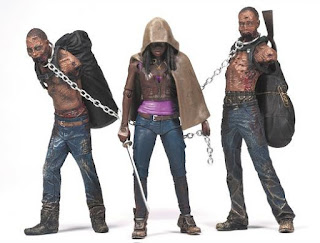 Now, before you say "Rob, Todd is still making toys..he gave us the Walking Dead figures!" I appreciate that, trust me..I do. It's not a matter of what he creates now...what about that time period where left let us to make Baseball figures, basically taking over the Starting Line Up line? He is now utilizing what he learned from us to tackle that market and has been for years. Chase figures in every case...color variants...you name it..it's there. 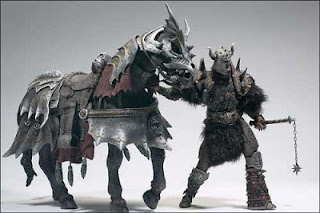 Am I bitter? No...just sad that they toy market has changed. It's another part of change we have to accept. Time moves on and things continue. I still love Spawn, even though the comic series has really lost it's heart. I still find myself watching the animated series...which if you never have, you should check it out. I even go back and watch the Spawn movie..while not great, I still have a special spot in my heart for it.

In closing, Todd McFarlane walked away from what made him famous to pursue a life of baseball toys (ok, probably not, but I can pout and be a mad nerd fan boy if I want)...by doing so, he has let other companies like NECA and Amok Time Toys shine through. Horrific images that can sit on our shelves and we can relive that movie anytime we want. I know Todd will continue to make kick ass products, especially the Walking Dead stuff he is working on...but, this is the internet and I can want more and complain until I get it.

My name is Rob Dimension and I survived the toy market crash.

Posted by Rob Dimension at 1:11 PM