Crowdfunding - Who Can Use It?

Crowdfunding - Who Can Use It? 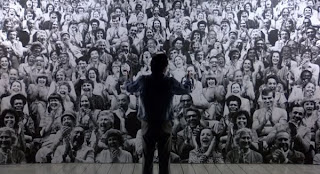 This past week, the internet community has been a buzz with Zach Braff starting his Kickstarter campaign for his new film WISH YOU WERE HERE. This on the heels of the VERONICA MARS fund raising operation, that had a overwhelming response for the cancelled show to be greenlit for a feature film.


Let me give you some background on the term Crowdfunding. Crowdfunding is exactly what it sounds like; someone has an idea for a gadget, a book or a movie (just to name a few examples) and that person then reaches out to the general public to help raise funds for the project. Typically, the donator will receive something in return; possibly a pre-released version of the project, maybe a walk on role in the movie or even be given a higher credit and really be involved in the process behind the scenes. Sites like Kickstarter and IndieGoGo have helped so many projects become a reality for struggling creators. It's designed for Independent projects. 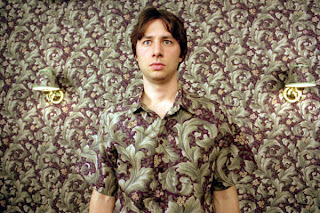 The biggest riff this week was based on a big fish like Zach Braff wanting to swim in the little pool, with the feeling he will hog all the food. Braff, the writer and actor behind the successful GARDEN STATE reached out to his audience and asked for help, claiming he wanted to make this film, yet remaining creative and giving up no rights that are often restricted by production studios. He wants to make his movie, his way...I can respect that.


Let's be realistic and look at both sides of the Crowdfunding debate.


The Bad - Who deserves your money? Many independent filmmakers are nervous and feel that with someone like Zach Braff having an extremely successful campaign (raising the almost $2 million dollar budget within the first 48 hours), no money will be left for us. The real fear is that more "celebrities" will now turn to this measure, ruining the purpose that sites like Kickstarter were designed for.

Braff has his own fan base but is now also reaching for our limited group, so there are two possibilities here - Yes, it is indeed possible that potential funds that were designated to come our way, will now, in fact, go to him. Let's say I want to ask for $2,000 to make my first feature film. Yes, I'm aware that's almost nothing but to many, this achieves a dream and can be a game changer. So, in essence we need 20 people to each donate $100. Now, what if those same 20 people look at Braff's campaign and notice how polished it is. In his teaser/pitch trailer he gives you stars that are recognizable, flaunts his award winning GARDEN STATE that screams "I'm successful" and drops terms like "Final Cut", even explaining that if he has to deal with a big studio, they will compromise his "vision". To the first time Kickstarter viewer, this all seems extremely appealing. I don't know about you, but I don't have any famous friends that are on major hit TV shows to use at my leisure. One would have to ask, Braff must have millions, right? Make the movie yourself you greedy turd!! 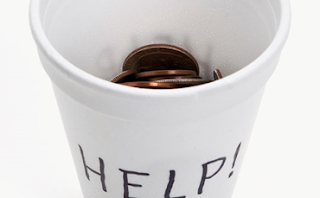 As a fellow struggling filmmaker I had to step back and congratulate Mr Braff for putting together an amazing campaign. If you look at his page, it is full of information, the pitch is done slickly and makes me only want to work harder. Plus, what if he is actually creating an awareness about crowdfunding, thus helping us have a wider audience to reach? Is it possible? I think it can be...let's say his 28,000 donator's (as of now) all have an amazing experience; he delivers on every promise and makes them all feel they got exactly what they wanted, because, admittedly, crowdfunding has a few tarnishes on it from untrustworthy organizers. This could shine a new light on this, give us a new influx of people who want to be involved and we can make more!


Honestly, if people have an opportunity to stand behind someone or something they believe in, they have that right. Donating is just that...a donation. It's your money and no one can tell you how to spend it. If you feel you're getting something out of it, than why should anyone else question it. As someone who has launched two successful crowdfunding campaigns I can say this - I couldn't do it without you, I mean that. It's amazing to hear the kind things that people enclose in messages, the feeling I get to hear  that someone else is living through me...it's overwhelming. Zach has done one thing, at least for me...his presentation has made me realize I need to step up my game. I need to offer the best I can offer, I need to work harder and I need to make the best product I can make or I will lose the faith that has been given to me by others.


The bottom line is this - I'm at the bottom of this creating spectrum, a true independent. I'm hoping that Zach's success will create a trickle down effect and all the rest of the little fish in this big pond will be able to eat too. To the creators, make it count...make it your best effort. To the donator's; when you donate a few bucks, you are literally changing someone's life for the better.

Want to look at my project?
www.YouveBeenRobbedFilms.com