Are Giant Monsters Going to Make a Resurgence?

Are Giant Monsters Going to Make a Resurgence? 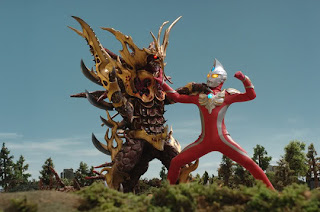 With the summer blockbuster trailers making the rounds, I can't help but be excited by a few. I've said it before, I'm a HUGE Giant Monster (Kaiju) fan...I think I was raised at the right time in TV.

Kaiju is a Japanese term that has been Universally coined to mean "Giant Monster", think Godzilla. Typically, these Giant Monsters reign devastation on city's...usually Japan...those poor people. I still watch my Ultraman DVD's, my Millennium Godzilla series with some zesty Space Giants every once in a while.

Pacific Rim has my interest peaked at an all time high...maybe even Kaiju levels...see what I did there? Guillermo del Toro is leading the giant monster resurgence with his Pacific Rim film that pits giant Mecha Robots vs Giant Monsters, that are actually referred to as Kaiju..yeah US, way to catch up. The trailer looks insane...the time has finally arrived for Kaiju madness to take the World by storm.

This leads me to a filmmaking question....is it possible to make a legit Kaiju film on the Independent level? Sure, Tom Berdinski, also a Kaiju fan made his Giant Rubber Movie...which was a throw back to the era of past days with a lot of fun involved...but I have to wonder...what kind of a budget would one need to make something of a real magnitude? Something that looks amazing...something that looks real and something that might equate to fear? 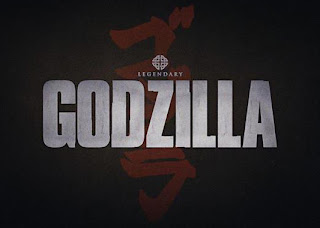 Godzilla is also currently under production, filming in Canada and plenty of photos are leaking..but so far..no sight of the Big G. Gareth Edwards has a huge void to fill with this...del Toro is beating him to the starting line plus, as a Kaiju lover..I wasn't really sold on his first entry "Monsters". It was after Kaiju had taken over the Earth, so to speak and it was a battle to get back home from Mexico.


My expectations are high for this. We Kaiju fans already had to deal with the last Godzilla remake in the US. I can't blame Matthew Broderick, but if I ever see him...after I size him up...I might punch him or at least give him a strong talking too. I can't deal with another let down like that film. I've written before and have talked openly about my hatred for it...if it wasn't called Godzilla, it might not have hurt as bad....regardless, I still suffer from night sweats and tend to eat my feelings because of the trauma. 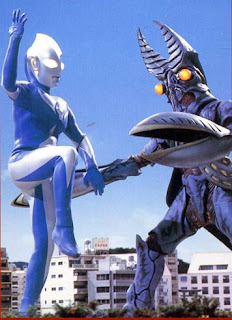 Ok, so back to my question....can it be done? A Giant Monster movie on an independent level...with an independent budget? Editing software is incredible but come on...to make a serious giant monster movie we need more than that. We need miniatures to destroy, plus we really need 2 giant monsters to fight and wreck shit!! Yeah, that's what we need!! Oh man, the thought of this has two sides..one is the fan boy in me that says "Oh, I will wear the suit and devastate everything!! Then the other part of me, the realistic, budget conscious producer thinks of the headache of getting the right shots, having one set, having suits of Kaiju's that look like something that someone should have wiped after dropping it off...plus, let's not forget that TOHO, the people behind Godzilla will SUE your ass if it even remotely looks like anything Godzilla related.


So, as I now have shown my nerdiness for Giant Monster films and shared that I lay around on Sunday mornings in my underwear watching repeats of Ultraman....errr..wait, I guess, I'm saying that now...this is the questions that take up space within this tiny cranium....will I ever make the attempt of a Kaiju film??? Maybe..

This is an 8 minute Kaiju film by Studio Ghibli, the people behind so many people anime's like Princess Mononoke, Totoro and Nausicaa Valley of the Wind, titled Giant God Warrior Appears in Tokyo....it's their first step away from anime and their first attempt at a Kaiju...it's not bad. Even sense a little Evangelion in the design, maybe some Go Nagi's Devilman...check it out.

Posted by Rob Dimension at 7:25 AM