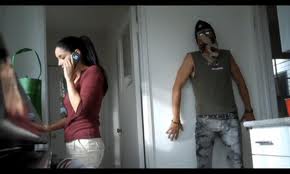 OK, so now we have your attention...I'm always a fan of how much controversy arises about Real vs. Fake viral videos. YouTube, the monster video distributor that graces us with the funny to the dumb, to well, this little charm.

Take 4 minutes and watch this video.


OK, so you watched the video and now you're thinking "Rob, you bastard!!" That poor girl!" Calm down, it's just make believe. The above video is a short film titled "Exhibit B-5" from Newborn Pictures in California. I was completely blown away by this film, the realism and the freak chance it could be real.


Let's look at the facts people...YouTube will NOT condone or post anything that is real in regards to "snuff" of anything involving real death. Sure, we see these horrendous accidents, but we never know if those involved, actually die. I've watched Tosh.0 and actually seen a video where someone died from the result.


Do you feel cheated now? Here is some background on the film makers and those involved. Newborn Pictures (http://www.newbornpix.com) is operated by two very talented film makers Kyle Rankin and Efram Potelle. Regardless of anything posted about this...it's completely fake. My hat is tipped to these guys..seriously. They went above and beyond to make something seem so real that the Internet has written about this for nearly 2 years now, and here I am, still writing about it. 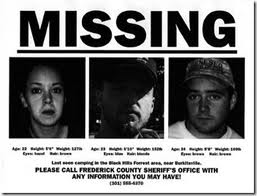 I think my love for this stems from being duped by the Blair Witch Project so many years ago. They elaborate set up by the film makers to fool us...you have to remember the internet wasn't anything like it is now. That was 1999 and the legend was out there, once I walked into the theater, they had me, hook line and sinker. I still classify the Blair Witch Project as one of the most inspirational films for me, it made "POV" film making (or Shaky Cam) a pivotal role in the Horror genre plus, even my favorite show "The Office" uses that filming style.

My advice for the day "Things aren't always as they seem".

Posted by Rob Dimension at 8:14 AM