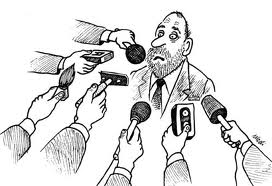 With the wrap of the new Horror short film "No Clowning Around" just a week away, Writer Rob Dimension and Co-Director Matthew Burd wanted to extend the invitation for interviews in print or radio. If you have a podcast, are a blogger, write for your local paper or magazines, please, feel free to contact us.

No Clowning Around is a 22 minute Horror film based on one mans fall from grace. Ed, who once was beloved by his hometown as Mumbles the Clown, is now a party clown who battles depression and addiction. His last shed of light in his life is Trixie, who has struggles of her own. Being pushed from all sides, who and what will stop the endless spiral of sadness?

Starring Rob Dimension as Mumbles, No Clowning Around also co-stars Kim Dimension and former ECW Pro Wrestling superstar, Steve Corino. Matthew Burd is co-directing with Dimension and has several short films on his resume, including the 2012 Severed Short Film winner "Cuts Right Over".

Please submit any inquiries to RobDimension@gmail.com

Rob Dimension is co-host of The Extreme Odd Couple Podcast with Steve Corino. A Comedy/Life podcast that deals with topics from family to sex...and basically everything in between. The show has over 20,000 subscribers on iTunes and Stitcher Radio and can also be streamed at www.xocpodcast.com. Dimension also co-hosts Monster-Mania Radio with Monster Mania promoter Dave Hagan. Topics discussed are behind the scenes of the Horror convention plus movies, trends and Horror news. Listen to Monster-Mania Radio on iTunes, Stitcher Radio or at www.monstermaniaradio.net.

Feel free to follow the filming process and more about No Clowning Around at www.NoClowningAround.com and at www.RobDimension.com