Observations from a Professional Observer - Aug 23, 2012

This is a new column I wanted to work on, since I consider myself an observer...from people watching, to movie watching, noticing the odd and even pointing out the obvious. While I'm not sure one can consider himself a "Professional" at observation, maybe I will be a trend setter.

* Starting in October I will finally push forward in Stand Up Comedy. I have enlisted Benny Michaels to be my mentor. You can listen to his podcast -Podcheese on iTunes. Benny has been doing stand up in Jersey and the Philly area for a while and sees potential in me...if only my 7th grade teacher could see me now! All those random fart noises during class are about too pay off. 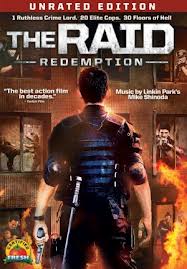 * Just returning from Monster-Mania Con in Jersey, I went on a crazy DVD buying spree and picked up approx 20 different Horror titles. From The Groovy Ghoulies (which I'm watching as I write this drivel), Mighty Joe Young, Last House on Dead End Street, Nightbreed, Mr. Hush (which my review blurb is on the back of the DVD cover...and for the record, I had nothing to do with the cover art either ) and several other titles.

The two stand out titles I grabbed were both foreign films. The first was an amazing action film that I would highly recommend called "The Raid: Redemption". If you're a gamer that enjoys 1st person shooter games like Modern Warfare, this is a blind buy. Martial Arts mixed with some insane kills, The Raid is 100% high energy. Spend the extra money and buy the unrated version! 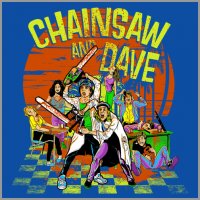 * While at Monster-Mania, I always visit the Fright-Rags table. I grabbed several shirts from them, like I always do. These guys do tremendous work and specialize in all forms of the genre. I was excited to grab the new "Chainsaw & Dave" shirt that is inspired by the Mark Harmon 80's film "Summer School"...sure, its kind of insider, but dammit it's cool!


* Summer is almost over and holy shit....buying school clothes for the kids, what a fiasco that is. Not just the clothes but even the supplies...these Big Box stores basically bend you over and rob you...without any lube!! Take it easy people...I live on a podcasters salary! Sneakers, shirts...and now, the trend of "destroyed" jeans. What does that mean? Well, it seems the more "destroyed" they are, the more expensive they are. And to think my Mom spent time patching my Garanimals (google them..if you don't know).


That's my Observations this week. Watch what you're doing, because chances are, I'll be observing you.
PS - get your #SocialMediaWhore t-shirts and help shut up crime!

Posted by Rob Dimension at 1:39 PM