Intensity prevails in the PBA US Open

Pete Weber Brings It to the US Open

If you listen to the #XOCPodcast (http://www.xocpodcast.com/) you know I have a long standing history with Bowling and even the Professional Bowlers Tour. From watching since I was a young lad, to even participating thru the 90's. It's a sport that takes concentration, skill and patience more than most can imagine. It's a sport that relies on your desire.

This week, being so close, plus knowing that the US Open is without a doubt, the toughest condition, the event peaked my interest. I decided to purchase the XtraFrame (http://www.xtraframe.tv/) subscription service to watch the qualifying, behind the scenes footage and get a real insiders look at the modern era of the tour. For $8 a month, it was the best money spent. Plenty of past tournaments, interviews and more that will satisfy bowling fans of all levels. As of right now, I have the itch to be a part of this sport again...on some level. 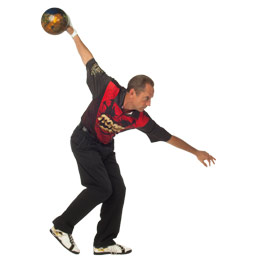 The US Open final qualifying round was Saturday night, featuring a field of 24 of the world's greatest bowlers. From the two-handed phenom Jason Belmonte, Missy Parkin, the first woman qualifier, Mike Fagan who really proving he will have longevity to my childhood hero and the most controversial bowler, Pete Weber.

Weber, son of the World Famous and class act, Dick Weber made such a strong charge by defeating opponents with the intensity he made famous. Sure, people can say "Weber's arrogant...", "Weber has no class"....let me just say...you are completely wrong. Sure he does the "crotch chop" that was made famous by Degeneration X on Monday Night Raw. Weber wears the sunglasses on Tv, he throws fists into the air and has the occasional outburst that sets him apart. Bowling is a sport that is often looked at as a joke...does it need some flash...YES. People need a reason to watch, the days of our Father's tour are over. Sports figures are often outspoken thus giving viewers a reason to watch. While we don't need characters, people want to see the story laid out...they want to cheer for a good guy...and boo a bad guy. This is why people watch. 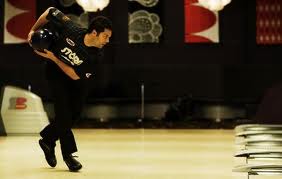 Today, the story was set. Pete Weber was going for a record 5th time winning this very prestigious tournament, while in the meantime, the sub-storyline was Mike Fagan possibly winning 2 Majors in the same season (winning the Masters earlier this year). The Weber story, from the get go was there...watching on XtraFrame, the Storm Ball reps (think equipment mangers) were lining Pete up, making adjustments and getting him the BEST reaction possible. Weber ruled this telecast...and I as a fan, loved every minute of it.

For the PBA to attract an audience, it needs to shake things up. The XtraFrame interactive feature is awesome but it can be improved. What I enjoy the most about watching the qualifying rounds is the variety of competitors, seeing the veterans that don't make the telecast or even, like this week, having a chance to watch a 14 yr old compete and do something unbelievable. I will continue to support the PBA, I will help spread the word....in closing - "Hey PBA...call me, I can help"

Visit the PBA at http://www.pba.com/