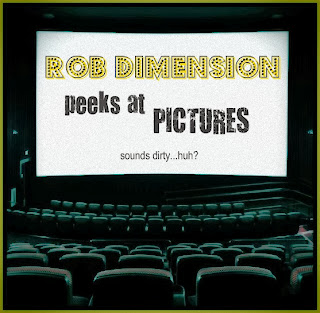 Rob Dimension
"Peeks at Pictures"
DOCUMENTARIES﻿
Lately, I have been watching a good amount of documentaries...you know..behind the scenes stuff, peoples opinions or an outsiders glimpse of a rival. Some succeed, some fail...after all, if I have 0 idea about the subject matter, you need to hold my interest. The nerd mood I have been in, makes choosing these titles has been easy. Granted, the subject matter of my choosing has been rather fun and somewhere along the way, these topics have been a part of my life. 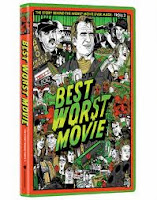 The Best Worst Movie - Troll 2 has always been acclaimed as the "Worst Movie Ever Made". This film documents Cult status Troll 2 has achieved and the lives it's impacted...and it's a fun ride.
When you set out to make a film, obviously, you are hoping people watch, enjoy and help spread the word. Troll 2, released in 1989 was unleashed upon the Horror community...regardless, if we were ready of not. Having nothing to do with the original, Troll 2 has poor acting, a bad script and a slightly delusional director. This documentary exposes us to the underground movement of Troll 2 parties. Screening and the chaos that follows. The visionary Italian couple responsible makes some scenes a little uncomfortable to watch.
I liked this movie...a lot. Directed by Michael Paul Stephenson, who starred in Troll 2 as a child. It shows the lengths he goes to gather the former cast...sometimes, the "catching up" can be funny...and honestly, sad, but in the end, you will enjoy the ride. Stand out in this feature is George Hardy, a Dentist, who made the bold statement "You can't Piss on Hospitality..I won't allow it!" Hardy is a great focal point for this, he's funny, seems genuine and truly loves the attention. While I truly found Hardy a nice guy, his opinion towards the Horror community was a little off putting. Regardless, this one is for everyone who has sat through and loved a movie that's "so bad...it's a winner".
http://bestworstmovie.com/

The People vs George Lucas - Let me get this right out there...I LOVE Star Wars and once a day, some form of a Star Wars quote is spoken by me. George Lucas is the mind behind my childhood, teenage an adult obsession but let's face it...Our Uncle George has messed with "The Galaxy Far, Far Away" a little too much.
This documentary is by the fans. The fans who have stood in line for the prequels, the fans who have spend thousands of dollars on Star Wars merchandise and the fans, who regardless of what others say, believe in the Force. Granted, suffering through the multi- releases in every format, those awful prequels and the constant tinkering has made us all a little mad. This documentary is Our story!
While you could say it's 92 minutes of bitching and whining...well, ok, it is. Where is the versions of the Classic's, why the constant changes? Listen and witness Lucas talk about changing, updating and moving on in the Original Trilogy, never letting us rewatch the originals, the way we remember. Filled with opinions, fan films, plus exposure to tons of bigger nerds than me, this is a MUST watch!! (I hate saying that..but I watched this one a few times)
Let me say, I feel Lucas has made enough money off of me, but I still want the Originals released, the want the shoddy effects, the lacking CGI...I want more of the damn puppet Yoda!!! I NEED to see Han shoot first, I NEVER need to see Han step on Jabba's tail...that shit is AW-Fkn-Ful. If you agree, love "The Wars" and want to feel like part of the fandom...this is worth check out. Damn you George!!


http://www.peoplevsgeorge.com/
Posted by Rob Dimension at 7:57 AM