On The Radar for this week - Dec 5th 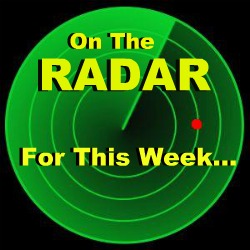 On The Radar
Since my time is often pre-occupied with the Podcasts, I have a little bit of time to write and share my thoughts( I really miss writing, I need to do it more often). I thought it might be fun to write about what I'm doing this week....so here we go.
If you listen to the Podcasts, you know I have been going crazy with Super Nintendo and the Original Nintendo Entertainment System. My son, BroccoliRob dug out the SNES and we were instantly rehooked...it's crazy how much fun the older games are..bad graphics, small glitches..I just love it. ﻿
As for the Original NES, I had forgotten how finicky that system is..yes, I'm aware, I'm under 60 and just said the word Finicky. The reset button blinks, the slight moving of the games while in the system...almost not making any sudden movements to ensure the safety of the system. 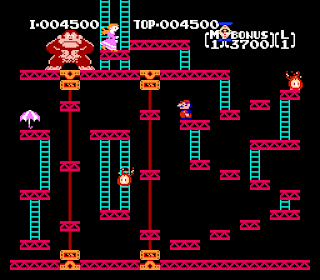 My favorite game thus far is Donkey Kong, especially because of my love for "King of Kong", that chronicles the battle between Gaming Icon Billy Mitchell and Underdog Steve Weibe. If you have not seen that film, check it out..it's fun. But, back to DK, man, what memories of playing this game in the arcade..but my biggest complaint is the board schemes on the NES compared to the Arcade system. The hammers are in different spots and it's totally missing the Bakery Conveyor belt level. I love this game though...so much so, I'm trying to talk Kim into buying a real Arcade version...imagine how little she would have to deal with me then. For those wondering my skill level...it's ok, but in time...I shall master the game. I looked up the World Record via Twin Galaxies, and it's close to 3.5 million....to me, that seems like a TON. We all have our secret missions.

On the movie watching homefront, I've been overloading on a BUNCH of different types of films..not just the standard intake of Horror but a plethora of other fun titles. Have you guys ever been followed by a movie for almost your entire life, yet you were always unsure if you liked it? 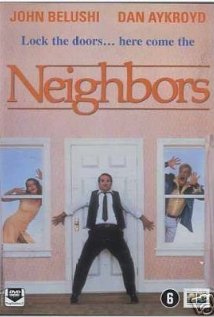 Now, don't get me wrong, I'm not crazy...when I say "followed" by a movie, I simply mean, having it always pop up in unexpected places or catching it at odd times, possibly mid way throught it. That film for me is the 1981 "Neighbors" with John Belushi and Dan Aykroyd. I have never been able to decide if I liked this movie or not, but last night I saw the light...well...sort of...


Synopsis - One man's quiet suburban life takes a sickening lurch for the worse when a young couple move into the deserted house next door. From the word go it is obvious these are not the quiet professional types who *should* be living in such a nice street. As more and more unbelievable events unfold, our hero starts to question his own sanity... and those of his family.


What makes this film so peculiar (Peculiar has been become one of my favorite words as of late..no reason) is the switch in character portrayals...Belushi is Earl, the everyday, normal guy with a normal wife...until Vic and his wife, the sexy Ramona move in nextdoor...almost instantly, its an awkward, uneasy film. I believe this type of humor is not for everyone...as the "awkward humor" has become more acceptible with shows like "Curb Your Enthusiasm" and "The Office" laughing all the way to the bank. This film was far too early to be accepted like that. 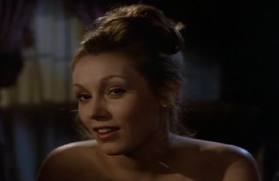 The crazy thing about this movie...no real dvd release...nothing significant about the film can be found...are they trying to erase this movie from our database...well..they can't erase me dammit!! "Neighbors" is worth a 2nd look, no doubt. Sadly, the most talked about part of the film was Belushi's releapse into drug use, dying just 4 short months after it's release. I've never been a big John Belushi fan, Animal House was fun, his time on SNL was great but this might be my favorite film/project he has done....hey, it's my opinion and I'm the writer!!

Neighbors is on Crackle, which is a free movie site, I recommend it. Can I also say, Cathy Moriarty is insanely sexy in this film...man, a few of the predicaments she places good ole' Earl in, it would have been hard to resist. So go check it out.

Thats it for now! Keep listening to the Podcasts, as always, thanks for the support.