What is on your agenda this weekend? Well, for me...it's Christmas shopping﻿!! Oh yeah...I'm sure it's the same for you. What do you buy for that "special person" in your life? Good question.
﻿For me, the hardest person to buy for is my Wife...no doubt. She is always indecisive, half the time I can't even get her to decide what she wants for dinner...so you know she's tough to buy for. Usually, throughout the year, whenever we want something..we just buy it, but still..It's Christmas and I'm feeling pressured by the commercialism. 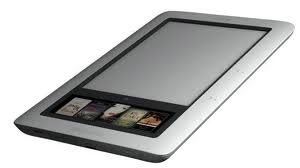 At first, I thought about a Kindle Fire...but then, I stumbled into Barnes and Nobles and discovered the Nook. While she isn't a big book reader, I think she might read more with it. Also, the biggest benefit for her, it's Netflix capable. We are avid Netflix users, so that is a plus. I also researched a bit...it seems that the Nook has removable memory, so you can swap out more if needed. The screen is a bit small than the iPad but, seems just as nice....especially being about $250 cheaper.
How about a relaxing day at the Spa? Sure, that idea popped into my head...a nice massage, treating her like a Queen..scores major points for me. I must admit, I have no idea what goes on at these Spa places...I'm assuming it's all rose peddles, aroma therapy and tea. See...no clue. She works hard, so I thought she could use A.) a day away from me B.) try to relax and relive stress. These are my thoughts...as I said...I'm still trying to figure it out. 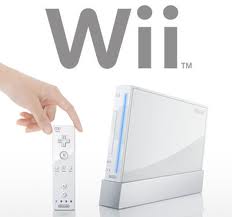 Buying for me.....easy. I need the same stuff that an 11 yr old needs. Video games, clever t-shirts..you know..the important stuff. We had a Wii Nintendo system when they released, but sold it (too quickly) due to lack of games for a PS3. Now, I LOVE my PS3, but the Wii has stepped up their game and released a lot of fun, intercative games. So, a Wii is on my list....but, I won't be crushed if I don't get it. I even made sure to text my Wife; "Hey, deal on Wii's refurbished...only $80". You have to drop the subtle hints.
Trust me, I also added "Don't worry about the Wii Fit stuff, I don't need it" even though..I totally do. Plus, with the addition of the new Retro controller...it really makes this a no brainer buy. 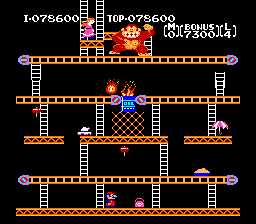 Donkey Kong - Pie Factory edition for the Original Nintendo system. This is a must have for me...can you believe that someone made their own version of the Donkey Kong original release BUT they added the Pie Factory level?? How awesome is that! It retails for $28 and is released by RetroZone. Now, I have never ordered from them, so I have no idea how credible they are...but to me, it's worth the $30 risk. My biggest complaint about the original release was just the 3 boards...so this solves that problem.
That's it for now...but I'm sure by next week...something new and shiny will catch my eye and I will "NEED" it. Try to remain pleasant while shopping...just be nice, smile and remember what the Holidays really mean.
Posted by Rob Dimension at 4:17 AM