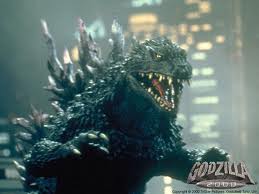 So after a near 2 week buffet of Godzilla watching, I started to try to decide what Suit I prefer. I have been concentrating on the Heisei (1980’s-98) and Millennium (1999-current) series, mostly since that is what I happened to grab.
Let’s face it, Godzilla is an Icon but his appearance has changed numerous times over the years, in recent years he has changed from white eyes to more pronounced back fins/spikes. I have become a big fan of the look of Godzilla 2000, he simply looks fierce. 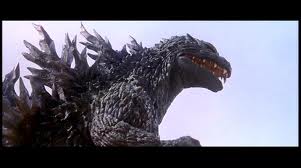 Now, while the film itself lacks, the suit just seems like something that would be “possible”..yeah, yeah, I know..Godzilla is just Sci-Fi but this is the Fanboy in me. The less up-right stance, his slow paced walk, his exposed teeth…come on..this is probably what it WOULD look like if Godzilla stepped on the beach.
This isn’t much of a write up, just a thought. Want to tell me what Suit you like? Follow me on Twitter @RobDimension or just post below. I have been tweeting while watching these Kaiju sessions…join in the fun!

Posted by Rob Dimension at 7:10 AM