Dimension (the Mrs.) gives her Top 5 Zombie Movies of All Time!

Well, it’s me, Kim Dimension….I know, poor me. With 2010 out like a light, I figured I would flex my flesh eating muscles and give you my top 5 Zombie Movies of all time.


I LOVE the Zombie genre; the debates if slow or fast runners are better…the possibilities on what to do, seen on the big screen during the Almighty Apocalypse. Ahhh…the smell of rotting flesh is in the air! Without further ado, let see where your favorites fall on my list: 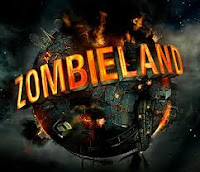 This 2010 DVD release did well in theaters and developed an even bigger following on the infection came home. It was directed by Ruben Fleischer, and honestly, the opening credits of this movie alone are the reason that this movie made my top 5.Having rules to follow will only help you stay alive as the Zombie Apocalypse, so while watching have a pen and paper handy.The movie stars Woody Harrelson; Jesse Eisenberg; Emma Stone & Abigail Breslin…does anyone else call Eisenburg a fake Michael Cera? Regardless, the movie had great casting; the characters had good chemistry together.The movie has some great fight season, special effects & comedy, plus a Bill Murray cameo. Did I ruin that surprise for you? If it helps, he dies…oh no!!!!! I’m awful at this, but come on, who hasn’t sat and watched this one? I wouldn’t consider this a horror movie, but still felt it should make my list anyway. 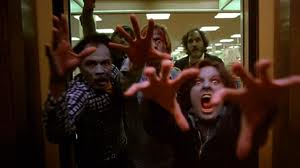 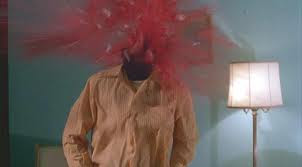 (1978) - Written & Directed by George A. Romero – Who isn’t a fan of good ole’ Uncle George? Dawn poses the lifelong question that sits in every Zombie lover’s mind - Who hasn’t thought of where they would go if there was no more room in Hell, and the dead walked the Earth? The malls have changed so much in the 30+ years since this hit, now having food courts, plenty of places to get the hottest shoes, sorry I am a girl!! Most of the movie takes place out in Pittsburgh, at the Monroeville Mall…the Graceland for many fans of the flesh eaters. The mall, the story, the battle of simple survival makes everyone think, it’s an iconic setting.Zombie version of Flyboy is one of my all time favorite zombies, him holding the gun, with the crocked foot….awesome. Go pay some homage to the Zombie Lord, re-watch this one tonight. 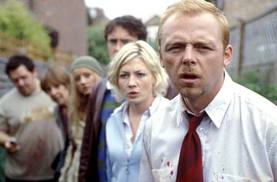 Written by: Edgar Wright & Simon Pegg This British version of the zombie outbreak doesn’t take itself serious, with Simon Pegg & Nick Frost to battle the evil flesh eaters, but makes for a really fun watch. Shaun is oblivious to everything going on around him as he is so hung over and his mind is only on getting his ex, Liz back.Hey Shaun, “you’ve got red on you”….I need to know someone named Shaun, throw something red on him just to say that..add that to my 2011 goals. Some inventive and fun scenes like when they act like zombies and walk right by the real zombies is crazy, but you know that a few of us would consider trying it if we were in the same situation.In closing, who wouldn’t want to keep Ed as a pet zombie confined in their shed? I know I would. 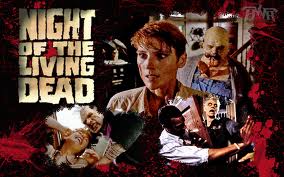 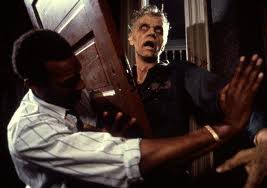 Directed by Tom Savini - I chose this Tom Savini remake (This was before remakes sucked ass), just due to Savini keeping the Romero story so close, his vision of sickness, plus his kick ass style of special effects over the original classic.Great casting, Horror Icon, Bill Moseley (Otis – from Rob Zombie’s House of 1000 Corpses & Devil’s Reject’s) as Barbara’s brother Johnny that dies in the cemetery in the beginning and with having Tony Todd (Candyman, Candyman, Candyman – I said it 3 times and nothing happened…….Damn it!!!! I really wanted to see the Candyman, what I wouldn’t do for a Snickers bar right now, because they really do satisfy) make this movie an instant classic for Cult Horror fans. The movie has the same racial underlying tension between the Harry and Ben characters, seen in the Original and it still carries over well here. The entire party mix makes the group uncomfortable and really makes you think about society, even today. Harry and his family locking themselves in the basement, Tom Towles really captures the essence while Patricia Tallman (Barbara) goes from helpless victim to full fledged zombie assassin. Even though it’s much of the same, I just found this remake more enjoyable then the original counterpart. 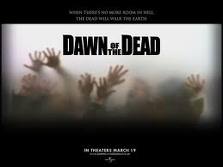 1.Dawn of the Dead (2004) – Directed by Zack Snyder. I know this will be a controversial choice for zombie purist since A) This is a remake of a beloved classic. B) This contains a Zombie Baby, yes…I know, I know…it’s dumb but, on my version, I have deleted that scene. C) It deals with the constant battle over slow or fast zombies…but fast zombies are scary as hell. 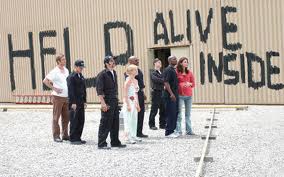 I love this remake due to more characters in a modern mall, where the survivors use the surroundings the way I see myself using it, I’m not a coffee drinker but that coffee shop looked yummy. A strong cast with Ving Rhames, Sarah Polley, Mekhi Phifer & Ty Burell, makes the interaction with the other survivors enjoyable, I know I can relate the some of the antics. Ty Burell, from Modern Family, plays Steve Marcus a major jerkoff, so, it is easy for everyone to want to shoot him in the head. The effects are remarkable and even the fast zombies makes it more intense…as I write this, I’m literally on the edge of my seat.

I have a soft spot in my un-beating heart for the slow moving flesh eaters, but these are super human flesh eaters and they can totally rip you apart. Now, let’s see how may of us can survive this type of zombie invasion…I would trip Rob and head for the hills. Oh, and I will not forget to get the boat keys from Steve if I have to shoot him in the head. I wouldn’t want to go on the boat with him, but would surely take his boat without him, so suck on that Capt’n.
Posted by Rob Dimension at 6:35 AM

Email ThisBlogThis!Share to TwitterShare to FacebookShare to Pinterest
Labels: all time, dawn of the dead, for love of zombies, george romero, kim dimension, Lucio Fulci, Night of the Living Dead, shaun of the dead, top 5, zombieland