Pokemon Black and White
You might ask yourself, why are you guys reporting Pokemon??? Well...cause it's cool and we are huge gaming nerds (it's possible, at a con to cath us with our DS by ourside), plus the Pokemon craze has never left, especially when it comes to hand helds. The release date has been set for the new Pokemon Black and White 3/6/2011 - There goes the free time.

Originally Posted by Nintendo of America 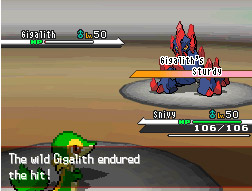 REDMOND, Wash., Dec. 27, 2010 - Nintendo of America today announced that the Pokémon™ Black Version and Pokémon White Version video games will launch in North America on March 6, 2011. The games, playable exclusively on the Nintendo DS™ family of systems, are a completely new adventure that Pokémon fans old and new can embark on. Pokémon Black Version and Pokémon White Version introduce more than 150 new Pokémon and a new region to explore. 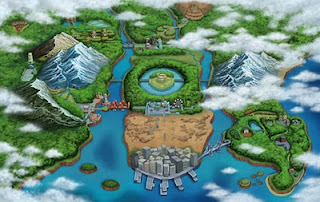 Pokémon Black Version and Pokémon White Version let players start with one of three new Starter Pokémon - the Grass-type Snivy™, the Fire-type Tepig™ or the Water-type Oshawott™. Until the main story of the game is complete, every Pokémon that players encounter will have never been seen before in previous Pokémon games. The games also feature original boy and girl trainers who set out on an adventure in the new Unova region.
﻿
Posted by Rob Dimension at 6:42 AM