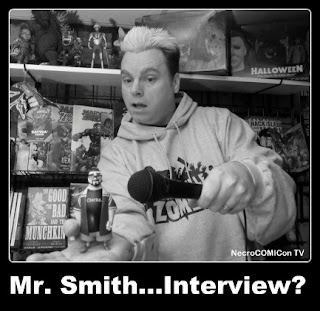 As we close in on another year, I was told as a Golden rule, to set some goals. In the latest Mooch Minute, I named several future goals I would like to reach, but left one out, something that I will call “My Quest”.
Quest - [noun] a search for an alternative that meets cognitive criteria; "the pursuit of love"; "life is more than the pursuance of fame"; "a quest for wealth" 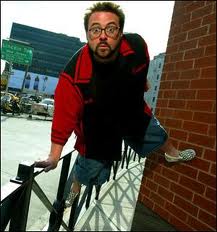 I figured, in case you we unsure of the meaning of Quest a definition would help. While many would simply say, “Rob, is it really a quest?” Most would probably think that this might be a passing request or something that could be as easy as an email request (already did that); handled behind the scenes...I am here to enlighten you on the reason for “The Quest”.
Kevin Smith, the man behind such cult classics like Clerks 1&2, Mallrats, Jay and Silent Bob Strike Back, Chasing Amy and even Zack and Miri Make a Porno. He has shown that the everyday, average Joe can make it. Many find inspirations in various spots like paintings, poetry, movies. For me, it’s sometimes what other achieve is the greatest inspiration…for me, Kevin Smith has cracked the code for geeks worldwide, has reached his goal and continues to look for more. 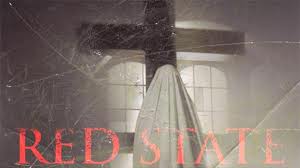 Smith, originally known for his foul mouthed, View Askew Universe comedies is becoming someone who shares his life on many levels and proves self Humor can be the key to continued success. This is the same Kevin Smith who pokes fun at himself for his weight problems, films that have been considered bombs and goes as far to document his love affair for Fleshlights. While honesty is supposedly the best policy (at least that’s what we have been told our entire lives) so few actually follow this in modern life. 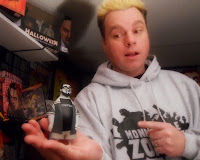 Each week, I will document on film, through pictures and on the podcast my Quest to meet and interview Kevin Smith. If you are on Twitter, follow Kevin at @thatkevinsmith and let him know, Rob Dimension just wants a few minutes of his time. With Smith releasing Red State, the timing is perfect for me; I report and review Horror Movies!! I’m perfect for this…plus, those that know me..I am a HUGE Kevin Smith fan, collecting his films (yes, even the bad ones), reading his books, buying his merch…I want to talk to Kevin and ask the questions for ALL OF US! If he is so unhappy with some much of the media…I’m his guy!!
So, if you want to help me on this quest…retweet me, email me, message me…follow me..Whatever you can do. Have an idea? Let me know…wanna help? Let me know. Smith will be in our area in March/April. Will I get my chance? Stay tuned and find out.
Twitter - @RobDimension
Facebook - Rob Dimension
Email - RobDimension@msn.com

Rob Dimension is the current co-host of the Late Night Horror Hosting series "Late Night at the Horror Hotel" which can be seen in over 22 States and on over 40 stations. Rob is also the current host of Horror Society LIVE, every Wednesday night at 9pm est.

Starting at the end of January, Dimension and Pigamortis are launching their new web series "NecroCOMICon" and has just released their first Podcast titled "Epic Fail". They also are owners of Gimmick Enetrtainment Inc, a professional production company.

Dimension has been a writer, reviewer and blogger for several years now, having some of his work published Worldwide, including writing for Beckette Magazine. For more information, email Rob at RobDimension@msn.com
Posted by Rob Dimension at 10:31 AM