Being a Gamer – The Women’s Perspective

Being a Gamer – The Women’s Perspective 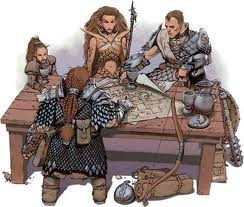 This past weekend, we were taping some Web stuff and an interesting discussion came up – What is a Women’s Perspective in Gaming? Now, Mooch (Rob) and Pigamortis (Sal) are a couple of fair gaming fellows, so we wanted to get to the bottom of this.
The conversation touched on some of these topics:
• On being a female in a man’s role playing world.
• How to avoid being ignored and stepping up to be a leader.
• The problems with smell, attitudes and ego.
Sal has been a Dungeon Master for over 10 years, but a lifetime player, while I played a lot as a younger kid, but recently (like 3 yrs ago) restarted playing again. We sat, listened and watched as they shared stories and some of the same points were brought up.
We came up with a few simple, basic questions for Alicia Still, who does so much for the show (co-producing, camera, public relations)…she makes us the media darlings we are. Also, my Wife Kim, who plays Demonica was the other victim…..I mean person we asked. They are both Table Top Gamers, as well as others (WoW) and both can be quiet and speak up…trust us…we know.
1 – How did you become involved in the Gaming community? 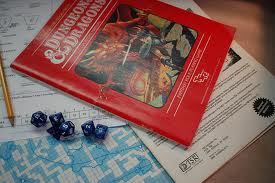 Alicia - I guess initially, it's my 4th grade teacher’s entire fault. I think after 40 years of teaching she could recognize the type of students that could benefit from nerdery and escapism. She gave me Lord of the Rings and the Chronicles of Narnia, and put me in a book club with other kids that had the same interest in the fantasy genre; those kids would later be the boys I played my first D&D campaign with. Having several excellent gaming stores, as well as a fantasy LARP local definitely contributed to it. I think pre-internet, if those things had not been just down the road I would have not been exposed to gaming until I was much older.
Kim - My husband opened a gaming store a few years back. He thought it was very important for us to learn how to play all the games we offered in the store. I was an avid video game player as I have enjoying playing since I was really young. So enjoying other games came easy to me. But all of my roleplaying experience was in the controlled setting of a store. I have no experience playing in someone house.

2 – What is it about table top, role playing games that you enjoy?

Alicia - The escapism and the story. I have the luxury of a phenomenal DM that can tell an amazing story and draw the pictures and voice the NPCs to go along with it. I've played campaigns with other people where they are by the book, and while enjoyable, nothing will ever be as good as campaigns with my current DM. 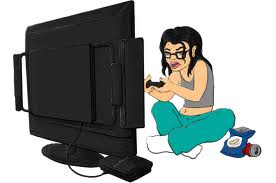 Kim - I enjoyed getting to play out adventures as different character classes. Getting to explore the dark side of me, playing Vampire the Masquerade. Getting to chose a path of having to learn from each of my killings, made me need to use my imagination. Plus with playing D&D, as a Half Elf Rogue. Having to use my charisma to work over the other party members. I was always great at rolling for my skills, but battling was always very different. As I was known in the party as the player that always rolls 1 on my d20. Regardless of which die, I still seemed to roll a lot of 1's. So they started saying I Kim'd it. So anytime someone rolled a one it was then known as “kim'd it”. Which I thought was funny. I've gotten to work with a few DM's. I much prefer the roleplaying versus the hack/slash, due to my character of choice is never a fighter. Not that I wouldn't enjoy it with a different character. So I know from experience that some DM's only award XP for killing, where other award for actual roleplaying.
3 – What are feelings about being a Female in a Man’s gaming world?
Alicia - First of all guys are loud and they are gross. Whoever yells the loudest is the most right. Even after 20 years of table topping I am still coming to terms with that. Often times I feel that I get interrupted and stepped on because I am not as loud or as aggressive. Sometimes it demotivates me when I play, I will sit quiet until combat happens after I am interrupted too much. Which makes me not enjoy the game, because I like role playing, not kill-loot-kill. 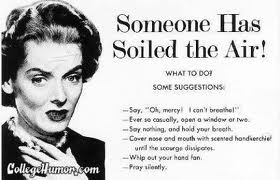 The other thing is they are gross, there is this odor of ass and balls and stale Chinese food that only exists during gaming. There is no escaping it, no amount of air freshner, incense, or opening the windows can ever make it go away. I always wear a hoodie to games, even in the summer, so I can hide my nose in it to occasionally escape the smell.
Although these people are few, there are some players that will never, ever respect a female for an assortment of reasons. 1) They have been rejected too much in their lives and are angry at everything with lady parts. 2) They feel that there is no way a woman would ever be interested in gaming for any other purpose than to meet guys. Those guys will hit on you relentlessly until eventually they turn in to #1. 3) The guys that have never interacted with a non-relative female. I can't even begin to explain how to interact with these guys. If you're nice they think you want to do them, if you're not nice enough you're a "bitch". When I was younger I saw a lot of girls use the hell out of guys like this, because these guys will do whatever you want if you talk to them, even more so if you acknowledge them in public. It's a terrible abuse of lady parts. Eventually these guys turn in to #1 too, because they get so screwed over by girls.
Kim - For the most part I enjoyed playing with the guys. I grew up a tomboy, so I'm use to playing with all boys. So as long as they treated me fairly, I didn't have any issues. But don't steal my kill when it only has a few hit points left. That totally gets me agitated. If you want to see me get pissed off, just kill something I've battled for a few rounds.

4 – How do you combat being spoken for or verbally ignored?
Alicia - Sometimes I bottle it up for months and then scream at everyone in game. This is not a good course of action. I do not recommend this. The best way to handle it is to let the DM know it's happening, and who is doing it. Then I try to address it with that person politely. If that doesn't work, well then it's time for a little attitude. I've also tossed around the idea of buying a mega phone or an air horn, but I don't want to frighten the DM's dog.
Kim - Was never verbal ignored or spoken for. Maybe it's because we were playing in our store and had a good group to play with for the most part. I only had issues with 2 players for not wanting to play as a group or for constant distractions or just being obnoxious.
5 – Advice for other Females who feel the same way?
Alicia - Let's play a game together? I've never met enough female gamers to actually have an all girl campaign. Right now I know 4 and one lives in Ohio.
Kim - Get use to the smells of the typical gamer. Try to fit in with the guys. Try playing in a store atmosphere as they will have to play by the rules and are told about hygiene.
6 – Advice for an entire group that has women players? What should the DM look for? 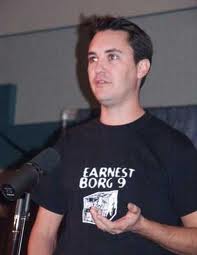 Alicia - "Don't be a dick." - Wil Wheaton
If everyone followed that rule in gaming and in life everything would be so much better. This isn't even a male/female thing it's a loud/quiet thing. Give your quieter players a chance to speak. The DM should just keep an eye out to make sure that person is getting their attention when they request it.

I also want to put this out there for female gamers. Do not date the guys in your gaming group. If you're serious about table topping, just DO NOT DO THIS. It ruins the dynamic of the group, creates months of awkwardness, and if you break up usually one of you has to quit, and guess what, it's probably not him that's going to be asked to leave.
Kim - The DM should find out if the group all agrees to play hack/slash or if they are more into roleplaying. The DM may need to separate the group and run two different sessions. As it is hard to convince a large group either way. If the whole group is happy doing hack/slash then go for it, but if they don't all agree then it will cause problems in the group.
Posted by Rob Dimension at 10:44 AM