The Poughkeepsie Tapes reviewed - "Hey Mom...look what I found!!" 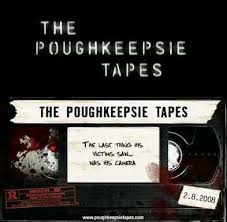 I have been waiting to see this one for a while now, I felt it delivered. Being stuck in the unreleasable hell of Hollywood, I am really lost as to why they would fear the release of this film. It certainly is not a film that is too shocking or too brutal….it just adds another twist to the lost/found footage angle. I like to think of myself as a connoisseur of Faux-snuff films....after all, I have sat threw all of August Underground trilogy, watched The Murder Collection and countless others from the sub genre of Horror.

Plot Synopsis - In September 2001 the Poughkeepsie Police Dept. discovered over 800 video tapes that contained horrific and brutal images uncovering the story of one of America's most disturbing serial killers to date.
This film follows the before and after events of a sadistic, brutal killer who abducts children to adult females in the Poughkeepsie, NY area. Playing brutal, demoralizing games before ending each victim’s life, This madman increasing his toying with Police and see's how far he can push the envelope. Our killer has one particular victim that you see more of, her name is Cheryl Dempsey. I actually felt for this character, such a great role she plays. Even through the end of this film you really witness REAL affects of abduction and torture. 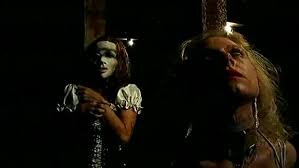 The mixture of Police, Doctors and Eye Witnesses footage are a great mix to add to this story. The found footage is very grainy and uneasy to watch at times, simply due to the mind games he plays. Preying on children is a touchy area, they do this perfect. The special effects are few and far between, but what they show…works. It comes across more real than many of the same simply because of how the family members describe the fear….to me this is what REAL horror really is. Imagine your 8 yr old daughter playing out front of your house and this guy takes her….simply because he can. 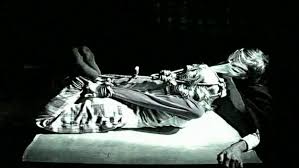 If anything, my opinion is that this film brings real life into the mix. More like something you would watch as a docu-drama or on an episode of Law and Order SVU. The killer is found out near the end as someone you would trust, which makes this subject even worse. I hope this film see’s a release sooner or later, as of now, still, it has no official date of release is scheduled.
In the modern world, a world where the news is the most terrifying thing on TV, the Poughkeepsie Tapes works. It works because we all have heard a story similar to this one, we have all witnessed the after effects…we all pray that this never happens to us. No one wants to have the last memories of their image left on a VHS tape, found in some scum bags closet.