Fable III Review or a new Hero Rises in a Silly, British Sort of Way
Reviewed by: Shaun Cook 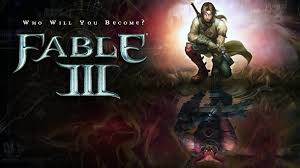 So another trip back to Albion is here in the newest fantasy epic from Lion head Studios and Microsoft in Fable III. This time around it isn’t just about being a hero but being overthrowing your corrupt brother ad becoming the new King (or Queen) of the land. Now, let me tell you, being a huge video game nerd (I work for rather large specialty conglomerate) and a fan of RPG (Role Playing Games) since the days of yore, I was excited for this release to say the least. 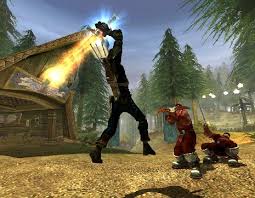 October 26th was a day I waited for with baited breath for some time as it was not just the release of Fable III but several games as well. Actually, it was truly an obscene amount. I mean, Fable III alone was a huge title but you also had Star Wars: The Force Unleashed II, Rock Band 3 and WWE Smackdown vs. Raw 2011 to just name a few. What is a gamer to do? I’ll tell you what, one game at a time or at least for as long as your attention span will allow. Anyhow, I am getting off track….onward.
Fable III did a lot of great new things that made me happy as a fan of the series. Long gone are the tedious management menus of its predecessors, now we have a “Sanctuary” where we can track everything from “wealth” to the number of Orgies and STD’s you have had and collected (I kid you not!). However, the single greatest addition to the game is a voice for your character. Yes, a full on voice for your hero. Long gone are the days of a mere “excited yelp” or “Disappointing howl” of the past games and now you get a fully voiced character. In my opinion, this just adds more to the overall brilliant all-star cast, albeit it is all British, that is capped off by the amazing work of John Cleese as “Jeeves” your loyal butler/game guide.
The game does have its shortcomings as well. The camera, as usual, can pose a problem when you interact with folks with in the game and some of hit detection is a bit hit or miss, but that is just par for the course. However, with those problems aside the game is a real gem for anyone who has an Xbox 360 and anyone who enjoys a great RPG with a twist of British sense of humor. 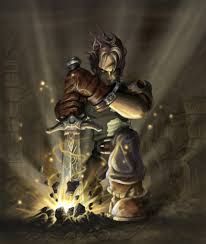 In closing, there is an online component that I have not tried yet but when I do, you, the readers will be the first to know how those digs worked out.
Until next time……….

I'm Shaun, I'm 32 years old, and I live in Florida, I am married. I love all of the fruits of our world. The fruits include music, comics, games and of course terrible movies. I have been writing reviews and the such for a few years, most notably on destructoid.com. I hope everyone enjoys my particular brand of insights to world of entertain as much as I do.
Posted by Rob Dimension at 4:53 AM