The Shaky Camera - is this the scariest? 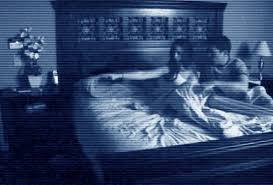 The Shaky Camera style
why so scary?
by : Rob Dimension
The whole shaky camera footage (Point of view) has been around for sometime now, Cannibal Holocaust was my 1st Horror film to give me that point of view and it's made what I was watching, believable. Looking back at said footage, after 30 + years it has lost it's affect (at least for me), but I still enjoy what Ruggero Deodato did for the evolution of modern cinema. While the first half of the film, you see what leads up to the bitter demise, all captured on "Found footage".

The Last Broadcast, was a movie that made me take notice in 1998, since I grew up near the Pine Barrens and was always fascinated by the Jersey Devil. This film also used the Shaky Camera style and it is still looked at today, as the beginning of the Point of View camera angle. While Stefan Avalos and Lance Weiler aren't really EVER given any credit, these guys kick started this genre form.
The Blair Witch Project is the mother of all of the shaky cam style films, for me. Many claim that The Last Broadcast was the blueprint for the Blair Witch, but the Blair Witch really made everyone stand up and take note. They took what the Last Broadcast did and ran with it.

My opinion on the Blair Witch Project - Let's keep in mind, this film debuted back in 1999 and this was pre-internet hype era. The Blair Witch Project had the hype...they had the crazy stories surrounding the event. The actors were nowhere to be found, probably because they were unknowns anyways. It was believable. When you would go to their site, it came off more like a search and rescue than a site promoting a film.


When I went to see this in the theater, it was unlike anything I had ever seen. It was rough, gritty and the story was believable (notice that word - BELIEVABLE). Was it hard pressed to think that 3 students headed into the woods alone? No. Was it far-fetched to think that they could get lost? No. Was it highly unlikely that they could stumble upon something super-natural? Of course not. It all made simple sense. The biggest selling factor for me.....they never showed the Witch. You envisioned what the witch looked like. I felt the actors emotion, their anger, their fear. It came off very real. 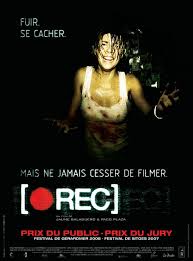 I was, and still am a fan of the Blair Witch Project. They are the biggest reason, at least in my opinion as to why looking through the lenses of the camera, getting to see what they see...is still effective. The simple use of dialogue to educate the viewer with passing comments, that seem natural. Fearing what we do not know.


Other popular titles to check out - [REC]* 1 & 2, do yourself the biggest favor, watch the original Spanish versions. These, by far, out class and out scare the American version.


I know a lot of people dislike Cloverfield, but parts of me enjoyed it. I think simply because I am sure a fan of Giant Monster films and JJ Abrams kind of gave me that, in a sense.
These are just some examples, but with Paranormal Activity 2 coming out, will you make the trip out to see this? I will........just make sure you bring plenty of Dramamine.

Posted by Rob Dimension at 6:32 AM