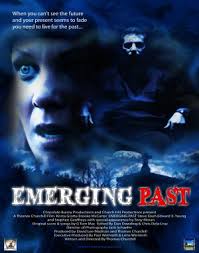 LOS ANGELES:  Writer/director Thomas J. Churchill has garnered much attention lately in the horror film world.   Mr. Hush Weekend of Fear premiered two of his films this past weekend.  The triple award winning film EMERGING PAST which he wrote, directed and produced had its Pennsylvania premiere and MR. HUSH - in which he has a supporting role as Sheriff Churchill as well as producer - had its world premiere.   Churchill attended Mr. Hush Weekend of Fear to support the premieres of his films and participate in Q&A’s with the screenings.  He also signed autographs and took pictures with fans throughout the three-day convention along with EMERGING PAST stars: Stephen Geoffries, Steve Dash, Edward X. Young and Mike Marino.

Churchill will be bringing his brand of horror to Utah for the film’s premiere at the Salty Horror Film Festival in Salt Lake City on Saturday, November 6th as part of a LOST BOYS reunion.  Brooke McCarter and G Tom Mac will participate in a Q&A following the film.  The screening of EMERGING PAST will be followed by the original 1987 THE LOST BOYS film w/McCarter, G Tom Mac and an acoustic performance by McCarter and G in the Tower Theatre, Salt Lake City. 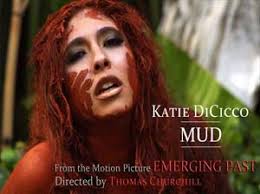 EMERGING PAST recently took the Best Actor Award for Brooke McCarter’s performance as the boozing, womanizing reporter Dylan at the Spooky Empire Freakshow Horror Film Festival in Orlando, FL on October 10th.   EMERGING PAST had already created a buzz at the New York City Independent Film Festival this August when festival organizers had to book a second screening because the first one sold out ahead of show time.  Interest in the film was proven justified when EMERGING PAST took home the award for Best Horror Feature and Best Song for “Mud” (by Katie DiCiccio) during the closing night awards ceremony.  The Best Actor win in Florida makes three wins in as many screenings, setting an enviable record for any feature film.
EMERGING PAST is a horror twisted psycho-thriller rollercoaster ride of terror that follows a tormented woman on her journey to discover where her past is leading her.  The film stars Brooke McCarter (THE LOST BOYS) as you’ve never seen him before.  Krista Grotte (THE UH-OH SHOW, BRAINJACKED), Steve Dash (FRIDAY THE 13TH PART 2), Stephen Geoffries (FRIGHT NIGHT, 976-EVIL), Tony Moran (HALLOWEEN 1 & 2), Edward X. Young (THE GREEN MONSTER, MR. HUSH) and Mike Marino (MR. HUSH, COLD PLASTIC, THE STRANGE1) round out this impressive cast of genre stars with music written by G Tom Mac (THE LOST BOYS’ “Cry Little Sister”).   G Tom Mac’s internet hit “Soul I Bare” and the only song Cory Haim recorded with him, “Mend Me,” are featured in the film.  EMERGING PAST was produced by Church Hill Productions and Chocolate Bunny Productions.

Writer/director Churchill says that his vision for the film came from a road trip to Washington DC, the setting for one of his favorite films, THE EXORCIST and says “Somewhere between THE EXORCIST and THE OMEN EMERGING PAST shall sit.”
If you’d like more information about EMERGING PAST, MR. HUSH or to schedule an interview with writer/director Thomas Churchill or cast members, please contact Marla Stoker at 314.973.5525 or marlastoker@churchhillproductions.com .