You ever been Gang Gonged??? 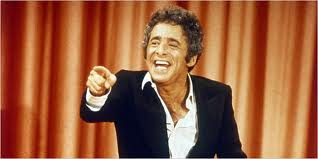 I am totally giving away my age with the mention of the Gong Show, running on network TV from 1976-1978. The premise sounds very familiar, contestants would preform their so called "Talent" in front of a panel of 3 celebrity judges. American Idol and American's Got Talent, while they might be good and fun...they can't hold a candle to the sheer craziness of The Gong Show. I know what your saying...if the show ran 2 years, then how is it so amazing? Let me give you some details and examples...then you decide.

The Host of the Gong Show was Chuck Barris (pictured above) worked his way up through the ranks and really must have been good at the politic game (I know all about this, ask around) and soon went from backstage assistant to TV show creator and Gong Show host...he had a great run with involvement in The Newlywed Game, The Dating Game and The Gong Show. I would say that's impressive!
The celebrity panel was more like the who is who of lounge singers and full fledged comedians. The program's frequent judges included Jaye P. Morgan, Jamie Farr, Arte Johnson, Rip Taylor, Phyllis Diller, and Anson Williams..yep Potsie. These were the comedians I grew up watching and thinking they were funny, now you know something is wrong with me. They would judge the acts on a 1 to 10 scale, with a 30 being perfect and the contestant winning a whopping $516.32..which was the Actor's Guild minimum pay for 1 day worth of work.


The list of performers to come from the Gong Show, even in it's 2 year run are amazing - Among the other true talents that appeared on the show were singer Box Car Willie; comics Paul Reubens (best known for Pee Wee Herman); Joey D'Auria (WGN's second Bozo the Clown); impressionist/comic Michael Winslow (most known for Police Academy); and a band called The Mystic Knights of the Oingo Boingo which evolved into Oingo Boingo. Sure, doesn't look like much but, still a decent list. 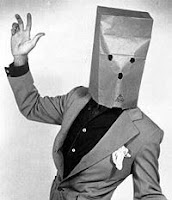 My favorite comedian to come from The Gong Show had to be The Unknown Comic. Portrayed by Murray Langston, The Unknown Comic wore a bag on his head and told the worst, most corniest jokes but they worked. He was a joke writer for people like Joan Rivers, Redd Foxx and even Jim Carrey, I would say that would mean the guy has some talent. Such a simple yet funny concept and really worked...even when I was 10 years old.


Here is some Classic Unknown Comic stuff, very funny and worth a watch.

Why did I write about The Gong Show? I got talking about a movie called "Night Patrol", have you seen it? It gets horrible reviews, plus it stars Linda Blair (who looks great in it, fresh off from Hell Night and Exorcist 2), Pat Paulsen, Billy Barty, Jaye P. Morgan and Murray Langston (the Unknown Comic). Do the reviews tell the truth? Well, kind of...it depends on your sense of humor...if you enjoy, dirty, terrible, stupid humor than this might be an epic feature for you. I actually love this movie...my taste is extremely warped though. While the Gong Show movie is not on DVD, at least this is...

Here is the trailer:

Posted by Rob Dimension at 5:11 AM