Check out Our new Video for the Severed Sinema Appearence 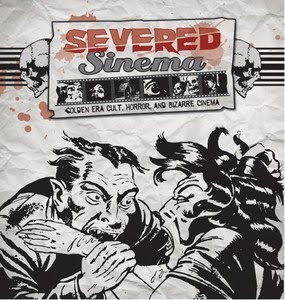 We will be featuring 'Sideshow Scares' with a twisted double feature and tons of special guests! John Cannon and Rob Dimension from the TV & Web Series 'Late Night At The Horror Hotel' will be guest hosting Severed Sinema for the evening. Enjoy their often hilarious and horror infested performance!

The first film will be THE FREAKMAKER, aka THE MUTATIONS - starring Donald Pleasence.

The second film of the night will be ‘80s horror favorite WAXWORK.
And be sure to check out our special guest of the evening “Dr Mythsonian's Museum of Monstrous Oddities”. Dr Mythsonian will have all of his unique creations out for your viewing pleasure. Come see monsters, freaks, myths, and legends in special FX artist Mike Melillo's arsenal of creepy creations.
Featuring musical guest The Amazing Rezlep.

Posted by Rob Dimension at 6:27 AM