The Hulk, the Avengers and what Marvel needs to do 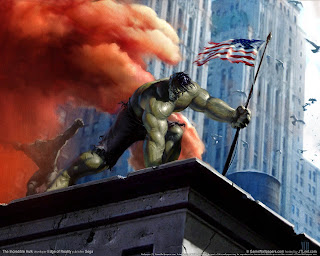 The Incredible Hulk/Avengers Blog - In Honor of Geek Pride Day
In honor of Geek Pride Day, I wanted to write about something that shows my geekness, those that really know me, know I am a HUGE geek. Case and point, this weekend at the numerous Wrestling shows I was a part of, many of the topics asked were 1.) about the Horror Show (www.latenighthorrorhotel.com)  and 2.) What do you think of ___________ comic story.

Last night I decided to give the Incredible Hulk (starring Ed Norton) another chance. I liked this film, I think simply because it was better than the 2003 Ang Lee film, but it was still nothing that amazing. The 2008 was much better, just still fell kind of flat. I liked the super soldier story but Abomination just looked "blah"...plus it had to compete with Iron Man that summer, with Iron Man being such a great film, The Incredible Hulk was overshadowed.
Let me start with - I love Stan Lee, he has given us so many amazing heroes and made a lot of people's childhood's better. With that, a lot of his stories are from the 60's and things change and some don't transfer well to film for modern times, The Hulk debuted in 1962. I have never been one that thought the Hulk was the ruler of the Marvel Universe, in fact quite often the sub context of his story, the Betty Ross love story and him always trying to become normal, just bored me. Betty Ross always seemed more of a hinder than an asset storyline wise. At least on the TV show, Bill Bixby gave the Banner character some sympathy and I felt for the guy...Banner was more likable.They could explore more with the Banner character but never give us enough time to feel for the guy.

The last few years though, in my opinion, have been great for the Hulk in comics. The Planet Hulk, World War Hulk storyline...fantastic, the current Red Hulk/ Fall of the Hulks story...AWESOME, I mean hell, I even enjoyed the Hulk vs Wolverine 5 issue story arc....now we move on to the Avengers.
With Iron Man 2, which was a great filler story to get to the bigger picture, out of the way and Marvel films moving closer to the Avengers Initiative film, the rumors are that the HULK could be the villain. This could be great and let me explain why. Side note : people always ask my opinion on Iron Man 2, it's no Empire Strikes Back as far as story builder goes, but once we get other films out there, people will grow to appreciate it more. 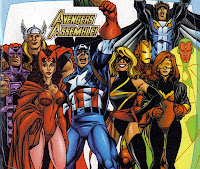 The Avengers, depending on what the final team is comprised of could be Epic (the picture gives an idea of who could be on the team..while I could do without some...at least the general idea is there), I say Epic since well, I'm a nerd. Let's hope that we aren't forced to sit through more establishing story, let's assume that Banner is aware that the Hulk is a problem, Betty is out of the picture and the Avengers storyline is set. I would like to see Banner trying to work with Stark to develop some sort of a antibody to help stop the transformation, that I could see. I would love to see the Avengers trying to create some sort of plan or capsule (yes similar to Planet Hulk) to rid the World of the giant green troublemaker.
So much is riding on the Avengers, the Steve Rogers/Captain America movie has to be "Amazing", the Thor movie has to be a "MUST SEE". If Marvel gives us more Galactus in cloud form or some crappy Ghost Rider, Daredevil or X-Men 3 crap...it will ruin what they have established with Iron Man. Let's hope they get their act together. Keep watching here as I provide more comic news and opinions...granted they are just my opinion, let me know what you think.

Happy Geek Pride Day!!
Posted by Rob Dimension at 7:25 AM