Late Night at the Horror Hotel is a go!!! 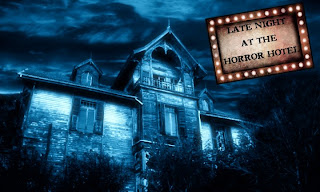 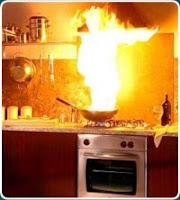 John Cannon, portraying Chef Jon who had been looking for an outlet for his “Creature Cooking” segments feels that this will be a great way to incorporate his loves for both cooking and horror. When asked about what to expect, John had this to say; “First, thanks goes out to Horror Shop Films for the opportunity, I couldn’t be more excited. I expect some slapstick, some information and some fun.” The show will feature a weekly recipe directly from Cannon’s Creature Cooking ideas.


Rob Dimension added “I have seen the set design, while campy, it will be a great setting for the show. We are stuck in purgatory and we get to watch old classic B movies. How much better can it get?” Dimension will play, Rob the Clerk. A character that Dimension described as; a slacker who has terrible ideas that never go right.

Horror Shop Films is based in Northeast Pennsylvania and feels positive that with the casting of these two, things should be interesting. Horror Shop Films Founder Matthew Burd added “We're looking very forward to adding this new venture to our list of upcoming projects and feel very confident it can be a great success!"
Dimension continued to say, “What will make this show a little different is the show is mostly hosted from the Hotel lobby plus we will feature internet exclusive Reviews, News and anything else that we can come up with. It’s a joint project and both John and I, have nearly twenty years television experience between us, so we are expecting a lot of fun.”


With Horror Convention season approaching, feel free to contact Late Night at the Horror Hotel for appearances, movie reviews and hosting your events at LateNightHorrorHotel@hotmail.com  also friend them at www.LateNightHorrorHotel.com . “Once some footage is in the can, expect an exclusive look at the set, the hosts and some reviews. “ Cannon said in closing.
Posted by Rob Dimension at 5:48 AM